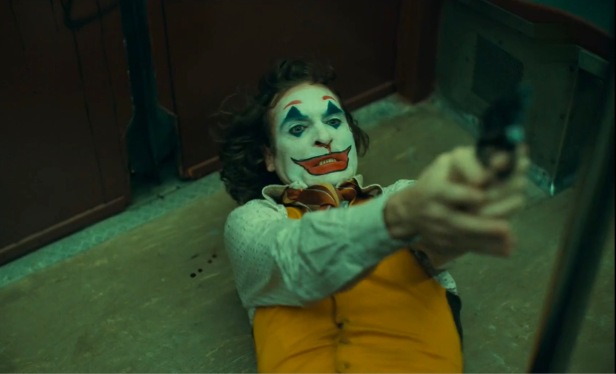 For this list I’ve only included new films which I watched at the cinema. I would have liked this to have been a top 10 list but I can’t quite get it to 10 films, so here’s my 9 best films of 2019.

Strictly speaking Joker may not be the most original film, its influences are obvious and numerous but it does something with them that felt wholly unexpected, especially within the comic book universe. More generally it’s great to see a film which at its heart is a character study, especially when Joaquin Phoenix’s performance of that character is so astonishing.

Pain and Glory is a beautiful, understated, funny and touching film. Banderas is wonderful as a director who has lost himself to physical illness and memory. It’s one of Banderas’ best performances and one of Almodovar’s most accomplished films.

3. The Irishman – Directed by Martin Scorsese

Scorsese goes back to the genre he’s most well known for and shows why he’s so well known for it. The Irishman is a great gangster film, portraying the moral ambiguity of its world perfectly. The de-ageing was noticeable in places but did nothing to distract from the film. De Niro was on form and it was great to see Joe Pesci return to the screen but, stand out performance for me was Al Pacino as Jimmy Hoffa.

4. Once Upon a Time in Hollywood – Directed by Quentin Tarantino

Once Upon a Time in Hollywood feels like Tarantino going back to his roots. It’s a fairy tale of Los Angeles, suitably nostalgic and fun. Di Caprio and Pitt are brilliant as a washed up actor and his stunt double and both have stand out moments which will no doubt be viewed in years to come as some of the best scenes of the decade.

With great performances from both Timothy Spall and Vanessa Redgrave, this wonderful portrait of L.S. Lowry is moving, tragic and funny and gives a great insight into the life of one of Britain’s most beloved artists.

The Sisters Brothers is a great take on the traditional Western. It presents as a comedy but its humour is bittersweet and ultimately tragic.

7. Can You Ever Forgive Me – Directed by Marielle Heller

Can You Ever Forgive Me tells the story of writer Lee Israel who discovers that she has a talent for forging the work of famous letter writers. This film is an overlooked gem of 2019 with Melissa McCarthy giving a top rate performance and Richard E. Grant almost resurrecting the ghost of Withnail.

Having grown up watching Laurel and Hardy films it was a joy to watch Steve Coogan and John C. Reilly so brilliantly fill their shoes.

Green Book was enjoyable, both Viggo Mortensen and Mahershala Ali give great performances. It’s based on a true story and how the friendship that develops between Lip and Shirley is interesting and worth a watch.

Jumanji: The Next Level – Directed by Jake Kasdan

It’s simply a fun, entertaining film and sometimes that’s exactly what you want.