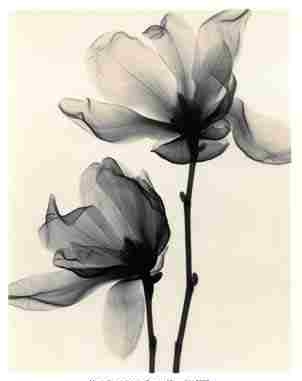 A cold December wind winds its way through the streets of Liverpool, stopping briefly in a Bold Street doorway to spin magnolia petals and dust into the lap of an old gypsy woman. She settles for the day on her blanket and cushion, her battered violin propped against her one remaining leg. Sat down she disappears into the rags of her ancestors, which she wraps around her like a shield against the razor wire sting of the frost bitten morning.

I watch her from the coffee shop window, she brushes the petals from the folds of her skirt as I cup my hands around the mug and blow steam from the surface of my coffee. Picking up a bow with her fat, shapeless fingers, she draws the taught horsehair across the strings like a carpenter sawing through wood. The pedestrians walking closest to her veer off course, physically repelled by the resonating wail of the tortured instrument. Undeterred by the obvious repulsion of the passersby, the old gypsy woman seems lost, her head stooped in concentration as her fingers move along the fretboard with a grace unanswered by the clipped chords.

The coffee is like a flaming cup of lava, it can’t be drunk in a rush, any possibility of escaping this nightmare soundscape is crushed by the overwhelming need for a caffeine hit. I can’t tune her out with a selection from my iPod jukebox because my headphones are broke, and right now, the only noise worse than her violin is the crushed tin tune of David Bowie trying to sing his way out of dying technology. I look out the window at her, silently wishing her unspecified misfortune, then I take a sip of coffee and burn my tongue.

The sound is relentless, the sawing action so vicious that it’s hard to believe the strings are able to withstand this kind of butchery. No one gives her money, it seems reasonable that people would dig deeply in the hope that enough cash might make her stop, but not a single penny is passed her way because not a single penny is asked for. There’s no hat, no open instrument case, coat or roll of material for anyone to drop loose change into, this woman is here to torture us and can’t be bribed into submission.

My hearing adjusts and lulls me into the hypnotic trance of a repeated chord, it’s not whale song or the tinkering wind chimes kind of trance, it’s the disbelief of defeat. As I surrender my nerves I stare at her, really stare at her, burrow a dagger filled gaze into her skull and she doesn’t even look up. With her red print headscarf concealing her hair, she’s just a face gazing serenely into the middle distance. She has the weathered, furrowed skin of a National Geographic cover girl and her eyes are almost lost to folds of tired skin. She’s old, not the kind of old that comes from advancing years but the aged wisdom of a browbeaten life survived.

A shrill, misplaced note breaks the pattern and she hesitates, repositions her fingers then starts again. Even though up until now it’s all sounded exactly the same, I know that she’s gone back to the beginning. She draws the bow across the strings and there, underneath all the discordant, ear piercing horror of untuned notes there is something softer, gentler, rhythmic and beautiful, and not only can I hear this concealed song, I can see it too.

Light shines from the violin, the clean white light of distant stars radiating energy into the damp grey winter morning. It’s so bright it’s painful, but when my eyes adjust, Bold Street is transformed. A kaleidoscopic maelstrom blurs the the buildings, fading them into an expressionist backdrop of angular, irregular blocks. It’s as though time has stopped, a heartbeat frozen and ready to burst into life again and there’s a sound, the only thing not standing still is the beautiful melody being played by a young gypsy girl, wearing a red head scarf and the traditional clothes of her ancestors.

I stare at her, I mean really stare at her and she looks up with big round cobalt blue eyes and I see her. A beautiful young girl in the foothills of the Carpathian Mountains, happy and carefree, plucking the violin with her elegant fingers. The frozen heartbeat shatters and pieces of her life hit me like the supernova wave of a collapsing star; I see her married, her husband, her children, work, love, loss. I see her beaten, broken fingers training themselves to play again as little by little, the girl fades away and a victim replaces her. She grows old so very quickly, shrinks into herself so that only she knows that once upon a time, her music had allowed her to live.

Cups clatter, the tap tap tap of coffee grounds being emptied into the bin and the ‘soy latte’ yell all burst through the haze. I stare across to the doorway and she’s sat perfectly still, not playing a single note and looking straight at me. Her eyes shine, a glimmer of bright blue sparkling beneath hooded eyelids. I nod, the only tossed coin she ever needs, the one that says ‘I see you.’

The wind picks up again, a magnolia petal skitters across the floor as the door opens. I pick it up and finish my coffee.

Originally published in Tarot – Wild Writers in May 2013